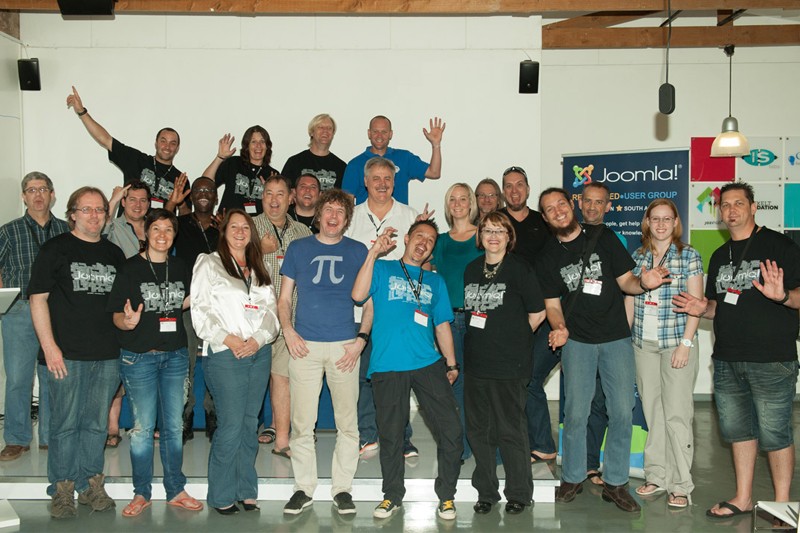 I was fortunate to be able to attend JoomlaDay Johannesburg - South Africa from the 18th to the 19th of October 2013.

We've had a number of successful JoomlaDay events in Cape Town, so this year, Paul van der Merwe and Alex Parry, who are the organizers of the Joomla! User Group (JUG) in Johannesburg, decided to organize an event there. The Cape Town organizers (Matthew Philogene, Dwight Barnard, and myself) were requested to help, and I ended up doing a lot of the Social Media promotion for the event.

JoomlaDay Johannesburg was smaller than the ones we are used to having in Cape Town, but it had a great vibe, with everyone who was eager to learn and to share.

With the assistance of our sponsors, we were fortunate enough to have Peter Martin, from The Netherlands, at the event. Peter serves on the Community Leadership Team, and this was his second trip to South Africa. He was invited back by popular demand, and he did not disappoint. If you are going to the Joomla! World Conference next week, you can listen to him deliver one of the keynote sessions.

The event opened with a session about Joomla! 3.2 that's scheduled to be released next week. I shared some of the main features with the audience, and Matthew followed on with a demonstration of some features. This release is getting a lot of people excited, and I know that a lot of hard work (from many teams) has gone into this.

There was a good mix of sessions and speakers that was aimed at Joomla! users, site builders, developers, designers, and business people.

The venue was graciously provided by Jozihub, and it was conveniently located near many restaurants and pubs in a redeveloped area of Johannesburg.

JoomlaDay events are, of course, as much about the people as it is about what you learn there, and we had fun evenings quenching our thirst in the nearby beer garden. Business ideas were shared, and friendships were formed. The many conversations also planted the seeds for the next JoomlaDay in South Africa.

We left Johannesburg on a wet rainy day to return to Cape Town, with new knowledge and good memories.

If you have not yet attended a JoomlaDay event in your country or area, I would definately recommend it!

Article originally published in the November 2013 edition of the Joomla! Community Magazine